Raise some money and WIN a Grimm's XL Rainbow 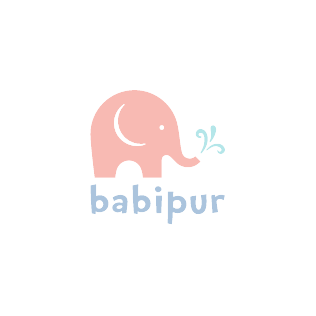 We've teamed up with a local refugee support group to help them raise some cash so they can send containers and pallets of donations where they're needed in Lebonon, Syria and Greece. You can be in with a chance of winning this amazing rainbow donated by Babipur.  For every £4.00 donated a ticket number will be allocated to you and a winner will be drawn at the end. Donate £4.00 and get 1 number, donate £12 and get 3 numbers, it's as simple as that.

Donating money and entering the draw

Simply press this button and donate as much as you can in multiples of £4.00.

After making your donation please forward your Just Giving confirmation to rainbow@babipur.co.uk

You will then receive a reply with your ticket numbers, please allow 48 hours for the ticket numbers to arrive, this is a manual process run by volunteers.

The more you donate the more chances you have of winning the rainbow.

Where does the money go

The money goes directly into the account of "CEFN cefnogi ffoaduriaid / supporting refugees" a volunteer group based here in North Wales. This amazing group gather donations of clothing and other goods from the area and sort them ready for shipment to where they are needed.  The money will go towards pallet deliveries and container shipments of these goods to Syria, Lebonon and Greece where refugees are fleeing terrible conflicts. We've all seen the picture of the dead boy on a Turkish beach and the video of the injured dust covered child in the ambulance in Syria.  We can't change those atrocities but we can do something small to improve the lives of those who have fled war and are currently held up in refugee camps. The amazing volunteers involved with this local group give up hours of their spare time to sort all the donations out and prepare them for shipment.  No money is spent on administration, clerical work, directors wages, shares or anything like that, EVERY penny is used on what it's needed for.  This group is run by a small group of volunteers that we know personally but it is not a registered charity.

We will end offering "ticket" numbers for the rainbow draw on Monday 17th October at midnight and the winner of the draw will be chosen soon after once all entries have been checked and verified.  Donations will still be possible after this time but the prize draw will have ended.

If you haven't received an email to confirm your ticket numbers please allow 48 hours before contacting us, please check your junk folders and make sure you're checking the correct email address.

Babipur are providing the prize to CEFN who are running a just giving charity raffle, one person will be chosen to win the large Grimm's rainbow and a medium 6 piece rainbow too.

If the money raised from this raffle reaches £20,000 the raffle will end due to gambling law restrictions.

The Draw is open to all mainland Great Britain residents over the age of 16 (this excludes Northern Ireland, Isle of Man, Channel Islands and BFPO addresses per the Gambling Act 2005) however donations are accepted worldwide.

This is a small raffle being run by a group of volunteers in North Wales who help refugees with the aim to raise as much money for shipments over the next few weeks and future shipments too.  All funds raised go directly to the North Wales refugee support group.