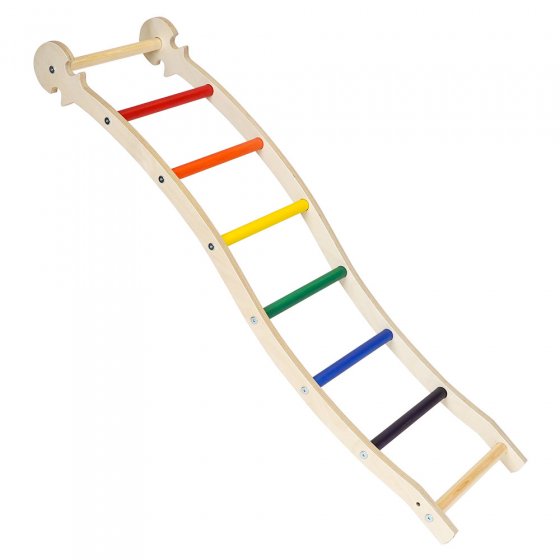 £160.00
Be the first to review this product
Rainbow Wibli Triclimb Ladder. An additional challenge for your little climbers. The Wibli ladder is an undulating curvy ladder that attaches securely to the rungs of your Triclimb reducing the climbingRead more
Product Details

Triclimb Wibli Ladder with Rainbow painted climbing rungs. Team up with your rainbow Triclimb or just add a splash of colour.